Our ambition : regenerate and cure

A multidisciplinary team that pools its skills to pave the way for success. 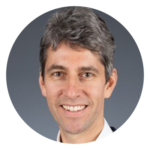 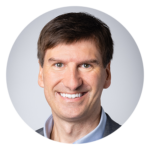 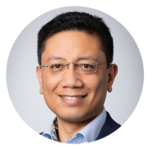 Physician with more than 15 years of experience in Academia & Healthcare industry. Translational Medicine and Patient Safety in big pharma and Biotech in Switzerland. 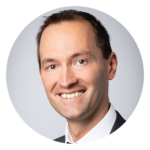 15 years of experience in corporate finance, internal control, accounting and tax matters. Senior Manager at EY leading legal financial audits as well as due diligence transactions. CFO of a listed company on Euronext 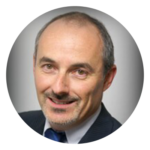 Cellprothera relies on the expertise of international key opinion leaders for its development, among which the members of EXCELLENT Trial Steering Committee *

The good results of the Proof of Concept Trial led both Philippe HENON and Jean-Claude JELSCH to found CellProthera in 2008 whose objectives are to develop and bring to patients this innovative therapeutic solution. 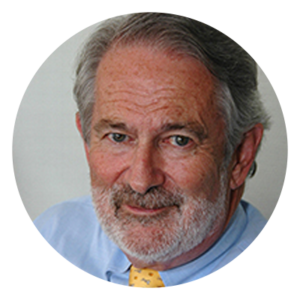 He is member of twelve national and international scientific societies and corresponding member of the New York Academy of Sciences. As the founder of the “Institut de Recherche en Hématologie et Transplantation” (IRHT) in Mulhouse, he led a research program on stemcells and discovered that CD34+ cells could regenerate the heart after a severe myocardial infarct.

He is now chairman of the Supervisory Board and Scientific Advisor. 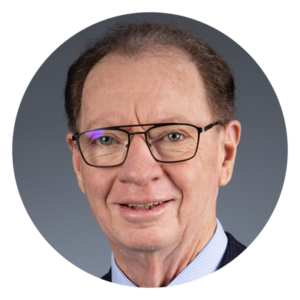 Jean-Claude JELSCH (†2022) was for over 30 years, an esteemed member of ADECCO top management. After he co-founded Cardinal Development, a capital development company in Alsace, he became Chairman of IRHT…

Jean-Claude JELSCH as CEO from 2008 to 2016 has consolidated the company by successful fundraisings and led development programs by partnering with industrial companies.

As a health care startup, the quality of our data and results depends on an efficient Quality Management System  in compliance with the guidelines and standards relevant to our activities. The objective of our QMS is the quality, safety, efficiency and performance entrusted to our products.
The commitment of the Executive Committee and our Quality Policy guide our activities according to 3 axes:
– Ensure a high level of quality on our processes, products and services for the safety of the patient. This is achieved by implementing a continuous improvement system.
– Involve the entire company in our objectives, costs and deadlines by making individuals responsible for their activities and projects.
– Set up a management system allowing the cohesion of the teams by the definition of common values.

Our status as a pharmaceutical establishment authorized and inspected by the ANSM (GMP certificate below), allows us to manufacture and certify an Advanced Therapy Medicinal Product resulting from tissue engineering.  This ATMP is undergoing a Phase I/IIb clinical trial. The design and development of our cell culture and expansion platform is recognized by the British Standards Institution through our ISO 13485: 2016 certification (see below). 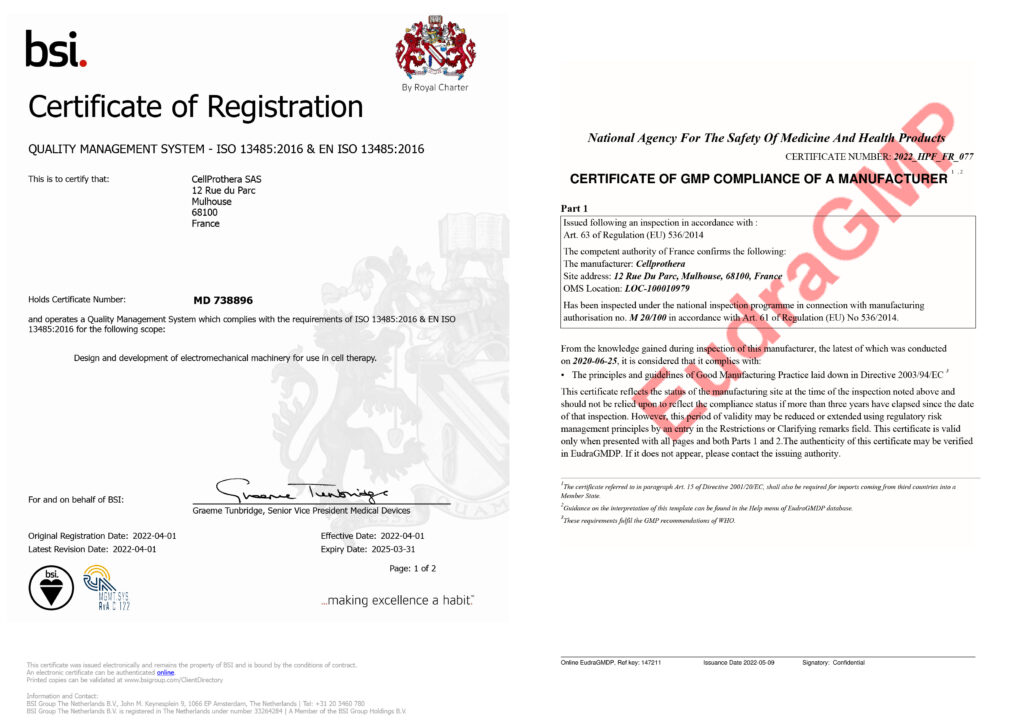