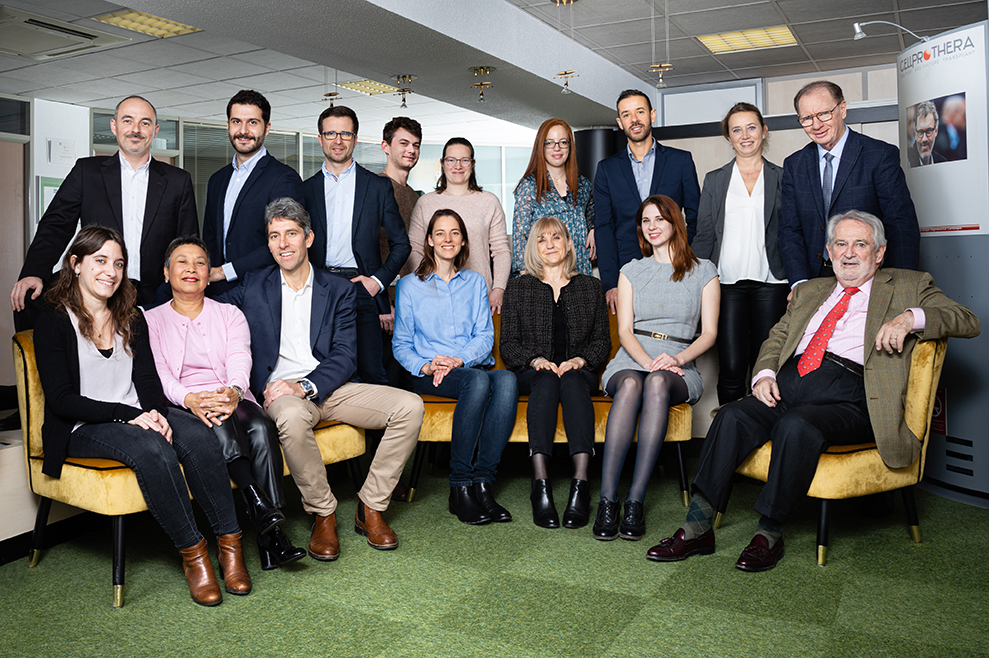 CellProthera’s team aim to build a leading company in the field of regenerative medicine and put together every necessary effort to make a difference in the management of patients following myocardial infarct. Scientific, clinical and pharmaceutical experts together with financial and industrial specialists who all bring together their expertise to path the way to success.

Originator of the therapeutic solution, he heads and manages the scientific research of CellProthera. He is founder and director of the “Institut de Recherche en Hématologie et Transplantation” (IRHT) in Mulhouse.

His group was a pioneer in the field of peripheral blood stem cell (PBSC) identification and transplantation and realized the 6th worldwide PBSC graft in 1986. He is member of twelve national and international scientific societies and corresponding member of the New York Academy of Sciences.

In 1992, he was co-founder and member of the Board of Directors of the International Society for Hematotherapy and Graft Engineering (now International Society for Cell Therapy). He contributed to peer-reviewed journal editorial boards like Bone Marrow Transplantation, Stem Cells or the Journal of Hematotherapy. European Editor for the “Journal of Hematotherapy and Stem Cell Research” (1999-2003) and for “Stem Cells and Development” (2004-2006).

Since 1989, he has actively participated in 25 Scientific Committees in international meetings including 4 meetings of the International Society for Experimental Hematology (ISEH ).)

Jean-Claude JELSCH | Chairman of Supervisory Board

Chairman of the Supervisory Board, former CEO, Jean-Claude JELSCH has mostly focused on fund-raising and has succeeded in capitalizing 30 millions euros since the creation of CellProthera. Today, he continues in this direction and is actively seeking future partners and investors of the company.

He brings to CellProthera a solid industrial and international background in the field of cardiology. He is focusing on leveraging the resources and know-how of the company towards its main goal, which is to offer a safe, efficient and groundbreaking therapy to many patients in need of it.

Marc KOWALCZYK has joined CellProthera in March 2017 as Development and Industrialisation Director. Marc holds an engineering degree in Mechatronics with a specialisation in Biomedical Engineering and a Master in Business & Technology. Previously, he was in charge of the development and industrialization of severalinnovative medical implants and devices in the cardiovascular and spine stabilization fields. His solid experience in the medtech industry at Medtronic, Stryker Spine and BBraun strengthens CellProthera’s positioning towards first commercialization of its therapy and related devices.

Sébastien Kessler-Unquera started as CFO in April 2019. He has more than 12 years’ experience in Finance and Strategy advisor for fast growing Pharma/Biotech companies.
Previously he served as Finance Director at Merck KGaA, supporting commercial, manufacturing and R&D organizations. He has a strong background supporting in strategic, financial, operational and management aspects to ensure business continuity and consolidate local and international expansion. Sébastien obtained his Business School Master from the EM Strasbourg.

Jean-Olivier holds a Pharm.D and a Master in Health Engineering from the Institute of Industrial Pharmacy from Lyon. His pharmaceutical background in quality for major private industrial companies, as Sanofi, Abbott or Mylan, ensure the compliance to the applicable regulations and guidelines for human medical products and medical devices. He was a member of executive board of the National Federation of Pharmaceutical Depositories. He also worked in the manufacturing as production manager and as Quality and Regulatory Director – Qualified Person, in France and Belgium, in supply chain for a Health European leader of delivery of services.